We’ve summarised our highlights from 2021 and look forward to an exciting 2022.

From everyone at GCHU, we wish you a safe and healthy year ahead.

We are delighted to say that, in spite of the ongoing pandemic, the Global Centre on Healthcare and Urbanisation has had a very successful year, so we thought we would share some of our highlights from 2021 with you.

We now look forward to an exciting 2022 and wish you a safe and healthy year ahead. 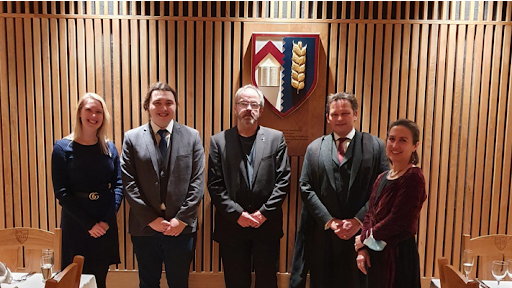 We also launched the GCHU website in June, together with our Twitter and LinkedIn accounts – follow us to stay up-to-date on our research, events, publications, and more!

We launched the Commission on Creating Healthy Cities in partnership with The Prince’s Foundation to investigate the links between urban development and the risks to health and wellbeing. The GCHU is conducting the research for the Commission, which involves a systematic scoping review, Call for Evidence, and series of Expert Workshops.

The Call for Evidence was open for 15 weeks. We received 31 submissions mainly from NGOs, Local Authorities, and academic institutions. Submitting institutions were largely based in the UK, with the remainder coming from Australia, Canada, Italy, South Africa and the US.

One of the greatest benefits of working in higher education is teaching, supporting, and inspiring the next generation. 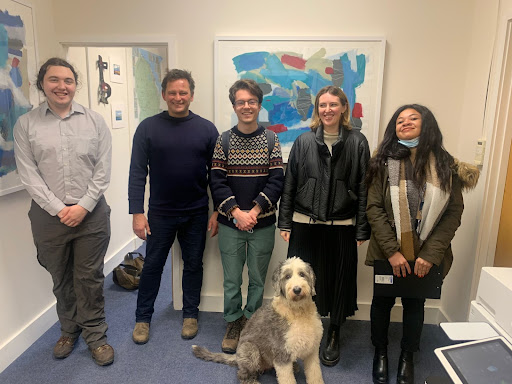 In 2021 we hosted 17 interns as part of the University of Oxford’s Careers Service Microinternship Programme. Working as research analysts, they explored a wide-range of topics including the benefits of walkable neighbourhoods, preventable deaths in cities and the urban environment, changing commuting behaviour, the impact of a synthetic building industry, fuel-poverty, and healthy cities.

In recognition of the success of the programme, GCHU was awarded a Gold Standard Internship Host Award for 2021 by the University of Oxford’s Internship Office.

The Centre collaborated with The Prince’s Foundation to produce the ‘Walkability, Accessibility and Health’ report, with a foreword written by HRH The Prince of Wales, a Bynum Tudor Fellow of Kellogg. This was presented by Dr David Howard on 14th September at the ‘Building a Legacy’ conference hosted by The Prince’s Foundation.

GCHU Co-Director Dr David Howard co-published the ‘Executive Outlook on Cities and Strategy, 2030’ report alongside GCHU Board members Dr Vlad Mykhnenko and Dr Nigel Mehdi. Published in partnership with Protiviti, a global survey of 200 business leaders was conducted in a variety of industries about the future of cities and related business strategies.

Dr Katherine Maxwell was appointed as a Visiting Fellow of Kellogg College based at GCHU. Katherine currently works as an Associate at WSP where she leads the Net Zero Cities team, advising cities across the world on their net zero strategies. In August, she was nominated as a COP26 Climate Resilience Fellow by the COP Universities Network and Cambridge Zero and she represented  GCHU at COP26 in Glasgow. Katherine has also written the COP26 Insights blog series discussing topics such as ‘Addressing the climate crisis requires both anger and optimism’ and how ‘Cities are leading the way in’.

Since September 2021, the GCHU has participated in the University of Oxford’s ‘Science Together’ programme that focuses on public engagement with research . Through facilitated workshops, we have partnered with Oxfordshire Play Association together with an interdisciplinary team of researchers, to develop a collaborative project that explores the role of play in health and wellbeing in the city.

The Centre has also engaged, and discussed collaborative research, with organisations such as the World Health Organisation, the World Economic Forum, and Public Health England (now the Office for Health Improvement and Disparities – OHID). 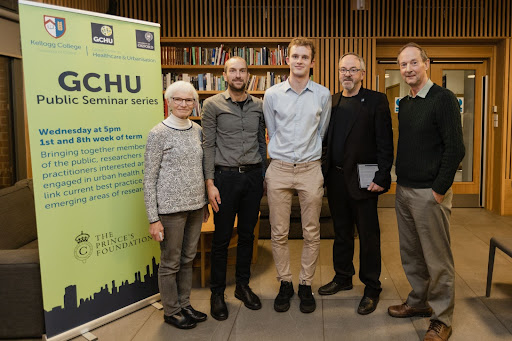 The start of the 2021-22 academic year saw the relaunch of the GCHU Public Seminar series which brings together a mix of practitioners, academics, students and members of the public interested in cities and city-living.

In October, a panel comprising Dr Rachel Lee, Patrick Lingwood, Lucy Saunders and Dr Scott Urban discussed ‘Low Traffic Neighbourhoods: Can they work for everyone?’ whilst in December, the discussion was prefaced by presentations from Dr Tim Jones, Dr Alison Hill, Steve Unwin, Louis Odgers and Professor Carl Heneghan, on ‘The cycling paradox – how can cycling be encouraged as a healthy, sustainable, and safe mode of transport?’

Louis was an intern at GCHU, presenting the findings from his research on preventable cycling deaths. Professor Heneghan published a blog detailing recent cycling incidents in Oxford and whether progress has been made to make roads safer.

The GCHU presented an online seminar as part of the September 2021 Meeting Minds alumni event at Kellogg College,discussing How Can We Create Healthy Cities?

In September, the GCHU engaged in a writing retreat at The Prince’s Foundation in Dumfries House, Scotland to collaborate on work relating to the Commission for Creating Healthy Cities. 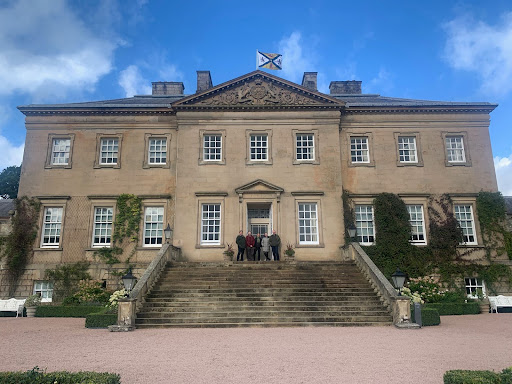 In October, GCHU Research Fellow Dr Georgia Richards spoke at the Rotary Club of London where she presented her work on the Commission on Creating Healthy Cities.

Dr Juliet Carpenter presented at three conferences in one very busy week in November: a two-day conference at the University of Zürich focused on ‘The Democratic Foundations of the Just City’, a virtual conference hosted by the Universidad de Pablo Olavide, Seville on ‘Achieving the UN’s Sustainable Development Goals’ and at the Maison Française d’Oxford to discuss ‘Making urban transitions’.

Skip back to main navigation

A small team at the University of Oxford is organising a Citizens’ Jury to help answer important questions about how people can travel where they need to in Oxford in a climate-friendly way that promotes health. In the first of…
END_OF_DOCUMENT_TOKEN_TO_BE_REPLACED
06 Apr

The Hidden Cost of Construction